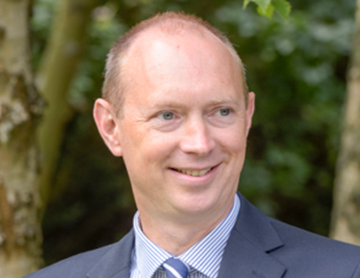 Rishi Sunak’s second Budget, and the first one to reflect the full impact of the pandemic, was described by one journalist as “spend big today, tax big tomorrow”. At first sight, he’s ignored any advice (including that from the Treasury Committee on taxation published earlier in the week), and simply offered a range of measures to limit the damage caused by the pandemic, whilst not materially increasing the tax burden. Indeed, the immediate tax increases won’t even cover the annual interest which the Government will be paying on the costs incurred over the last twelve months.

Whilst most of the new initiatives will benefit the high street rather the the agricultural sector, some will be of wider value. Those whose diversifications take them into tourism and leisure will welcome the business rate and VAT breaks and corporate entities will particularly like the enhanced capital allowances which will give 130% tax reliefs. Sadly, this won’t help the majority of family farms, which tend to be sole traders or partnerships. For those who do trade as limited companies, there are real opportunities to undertake major capital investments over the next two years in a very tax effective way. They just need to be aware that, where they are buying machinery which may be traded in later, the tax relief will come at 130% in a 19% corporation tax regime, but 130% of the trade-in may fall into a 25% tax charge.

Unlike the 130% relief, both corporate and non-corporate businesses will be able to utilise the three-year carry back of loss relief, even where the losses have been created by capital allowance claims. Taken in conjunction with the earlier announcement that the Annual Investment Allowance would remain at £1m until December 2021, this gives a real window of opportunity to recover some of the tax which may have been paid over the last few years, rather than simply carrying losses forward to be used in the future.

However, there may be a sting in the tail. It was announced last month that in addition to the budget, there will shortly be a “Tax Day”. According to HMRC, this will ”…allow for more transparency and scrutiny, documents and consultations that would traditionally be published at a Budget will be published on 23 March,” although “None of the announcements will require legislation in the next Finance Bill or have an impact on the Government’s finances.”

Given the state of the country’s long term finances, money for debt repayment will eventually have to be found somewhere, even if not this year. There must be some concern that we may see proposals in March based on some of the suggestions for tax reform which have been circulating.

If you’d like any further information, please speak with a member of our agriculture team. You can find contact details on the Our People section of the Larking Gowen website. Alternatively, call 0330 024 0888 or email enquiry@larking-gowen.co.uk.