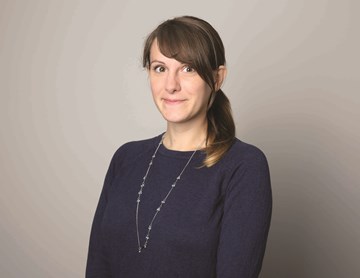 Is Entrepreneurs’ Relief about to be scrapped?

During the 2019 election campaign, the former head of HMRC announced that Entrepreneurs’ Relief was costing the Government £2 billion a year. The main political parties responded and the Conservatives committed to “review and reform” Entrepreneurs’ Relief, if successful in the election.

But what exactly does “review and reform” mean? Ahead of the new Government’s first Budget day on 11 March 2020, let’s look at the history of Entrepreneurs’ Relief and find some clues for the future.

What is Entrepreneurs’ Relief?

Entrepreneurs’ Relief (ER) is a valuable relief from Capital Gains Tax (CGT). Individuals (and some trusts) disposing of qualifying business assets are taxed at the ER rate of 10% instead of the normal rate of 20%.

History: Changes to ER
Qualifying business assets may include shares in a company and/or an interest in a business, as long as the conditions for ER are met. There’s a lifetime allowance of £10 million worth of gains meaning that the maximum amount of tax any one individual can save using ER is £1 million.

Entrepreneurs’ Relief was first introduced in April 2008 and has been amended several times. Since June 2010, gains have been taxed at the low 10% CGT rate we know today.

During the first few years, the lifetime allowance also changed. It started out at £1 million, then the allowance went up to £2 million in April 2010, £5 million in June the same year, and has been at £10 million since April 2011.

The most recent update to Entrepreneurs’ Relief was on 29 October 2018, at the previous Chancellor’s Budget. Since then, shares disposed of must have at least 5% of the rights to the capital of a company in order to qualify. Previously, there was no stipulation over capital rights. This created potential issues for shareholders who held shares without full capital rights.

Now that the filing deadline for the 2018/19 tax year has passed, the Chancellor will be looking to see if the 2018 changes to ER have had any impact on CGT. The results may even influence the way forward.

There’s widespread speculation over the future of Entrepreneurs’ Relief. Will ER be scrapped altogether? Or is it more likely that it will be capped in some way?

Although it seems unlikely that a review of ER will conclude that it’s effective in its current form, it is, of course, possible that Entrepreneurs’ Relief will remain unchanged.

Reducing the lifetime allowance back down to £1 million could be an easy way for the Government to raise more money through taxes. This would affect only the owners of larger businesses, leaving small business owners unaffected. Increasing ER rates, or making it more difficult to qualify for ER, could impact business owners at all levels.

Although nothing has been confirmed, we’re expecting to hear more about future developments at the next Budget. If changes are made to Entrepreneurs’ Relief, these could come into effect from 11 March 2020 (Budget day), 6 April 2020 (at the start of the new tax year) or another date that the Government chooses.

Join us for our Budget webinar on 12 March 2020, where we’ll be covering all of the major tax developments to come out of the Chancellor’s Budget, and you’ll have the opportunity to ask questions ‘live’. Click here to sign up.