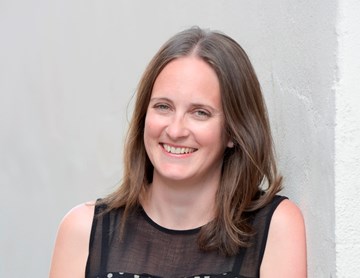 Those with long memories may recall that, in the past, reasonably generous tax relief was given on farming and agricultural buildings. Under the old ‘Agricultural Buildings Allowance’ (ABA) the cost could, at one stage, be written off over seven years.

ABA was restricted to 4% per annum in 1985 and abolished from 2011 on the basis that such buildings had an indefinite life. Arguments about this assertion have been raging ever since. Some recognition was given in October 2018 with the introduction of a ‘structures and building’ allowance, initially at 2% per annum, increased to 3% in April 2020. However, this relief still fails to recognise that the modern agricultural building has a limited life, is highly specialised, often incapable of easy conversion and may carry a substantial decommissioning cost when it’s no longer required for its initial purpose.

The specialised nature of some structures has led to the testing of a different route to tax relief, drawing on the inclusion of silos and cold stores within the list of items qualifying for allowances as ‘plant and machinery’. The point was tested in the First Tier Tribunal (FTT) case of May & Anor [2019] where the FTT found that expenditure on a highly specialised grain store for drying, conditioning and storing grain was allowable on the basis that the construction was a silo (albeit a horizontal rather than a vertical one) and because of its dimensions was incapable of more general use. Anecdotal evidence suggests that HMRC has subsequently sought to restrict the relevance of this case to its very particular circumstances, denying tax relief to specialised livestock or food processing buildings.

Another aspect of the argument was tested in February 2021 in a further FTT case, that of JRO Griffiths Ltd. This case related to a potato store, specifically constructed to hold and process crisping potatoes. It was agreed that the internal machinery within the store was eligible as plant, but HMRC initially denied relief on the building itself. The taxpayer drew on the decision reached in the May case, claiming close parallels between the holding and treatment of grain and that of root crops. Like May’s building, construction of the potato store was fundamental to its function, enabling air to be mixed to the right temperature and drawn through the crop under controlled specifications, so it not only held the crops ready for delivery but also conditioned and preserved them at predefined moisture and temperature levels.

The tribunal found in favour of the taxpayer on all counts, dismissing the arguments of HMRC (similar to those advanced against in May & Anor’s case) that the structure was merely a building with plant inside and confirming effectively that the whole construction was an item of plant and qualified for relief both as a silo and a cold store.

HMRC have until mid-September to decide whether to appeal the case to the Upper Tier Tribunal, but as it stands it offers a wider scope for tax relief on the cost of specialised buildings, and with 100% Annual Investment Allowance continuing at £1m per annum until 31 December (when it will presumably revert to £200,000), there is probably still an opportunity to be grasped.

For more information on any of the above, or to find out more about how we can help with any area of accounting for farms and landed estates, please get in touch with your usual contact. You can find contact details on the Our People section of the Larking Gowen website. Alternatively, call 0330 024 0888 or email enquiry@larking-gowen.co.uk.