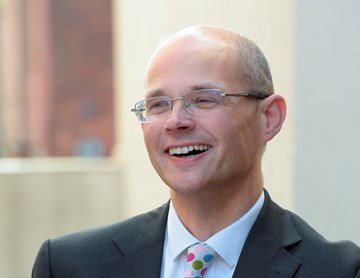 The Coronavirus Job Retention Scheme (JRS) and the Shareholder/Director

Government guidance was updated on 4 April to confirm that if you’re the director of your own company, you may benefit from the JRS in relation to salary, which is paid to you through PAYE. It remains however, that many such directors will often pay themselves comparatively little, preferring instead to withdraw profits via dividends, which can restrict its value for many.

That aside, one other concern had been the requirement, as for any employee, that a director should, in consequence of being furloughed, no longer perform any duties for the company. How then, would this fit with the ongoing duties that a director owes to their company under the Companies Act and otherwise?

HMRC have resolved this by stating, where directors still need to carry out particular duties to fulfil their statutory obligations, they can do so provided that they do no more than is deemed reasonably necessary for those purposes and they are no longer carrying out what is essentially their day job i.e., generating commercial revenue and undertaking services to or on behalf of the company.

In order then to furlough a director, it will be necessary for the company (acting through its board of directors), and where it’s in compliance with the statutory duties of one or more of its salaried directors, to formally adopt this as a decision by the company, note it in the company records and communicate it in writing to the director(s) concerned.

We consider that this decision should further make clear that the director is being furloughed in respect of their ongoing role as a director (rather than making reference to a separate employment, which may have further employment law implications), subject only to their being required to fulfil such statutory obligations as they owe to the company in the interim.

Finally, recognising that some company directors may be paid only once a year in satisfaction of their annual salary, it would appear that such an amount as was paid to them in the 2019/20 tax year will form the basis for calculating their average monthly earnings, on which any Job Retention Scheme reimbursement may now be based. In that event, it will be necessary for them to make sure that they are at least paid an equal monthly amount against which a claim for reimbursement can be made.

The above reflects our opinion based on information currently available and it should be recognised that HMRC have stated their right to retrospectively audit all aspects of a claim.

As mentioned above, it is also possible that in the absence of any reference within current guidance, that the implications of such a claim and the nature of the duties in respect of which it was made, could be considered by HMRC and other agencies at a later date in relation to other matters such as auto enrolment and the national minimum wage legislation. Directors may wish to bear this in mind and as guidance continues to evolve, we further recommend checking for any updates when implementing any arrangements.

For more information please get in touch with your usual MHA Larking Gowen contact or call 0330 024 0888 or email enquiry@larking-gowen.co.uk.