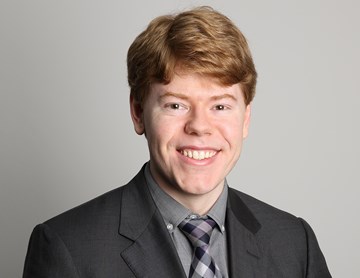 The new SRA Accounts Rules – are you ready?

The Solicitors Regulation Authority’s (SRA) proposals, under its ‘Looking to the Future’ reforms, include important changes to the Solicitors Accounts Rules (SAR). The date to apply these changes is likely to be April 2019.

The SRA had planned to revise the definition of client money to include payments on account of fees. However, after consultation, the SRA decided against making this change. Although the definition of client money has stayed the same, the new rules allow a firm to keep payments on account of costs outside of a client account, as long as this is the only money the firm receives, and that a client account isn’t maintained for any other reason. Under these circumstances a firm wouldn’t need an Accountant’s Report under the new rules, because the exemption thresholds are made up of client money only held in client accounts, joint accounts and clients’ own accounts.

Some of the prescriptive rules have been removed. One example is that, under the current rule 20.2, a firm may pay outstanding funds on a client matter to charity, provided that the amount isn’t more than £500 and that certain other procedures are followed first. Such provisions don’t feature in any form in the new rules, and this could leave firms of solicitors uncertain about how to treat their residual balances.

Some of the current rules have been simplified whilst keeping their original emphasis and meaning. This is the case for the new rule 3.3 concerning the (prohibited) provision of banking facilities through the client account, which seems to say the same thing as the current rule 14.5, but in fewer words.

There are some subtle changes embedded within the new rules which might have a bigger impact than anticipated. As lfpro.co.uk [HYPERLINK] points out in their article of June 2018, the new rule 4.3 may well leave firms uncertain about whether or not they should raise a bill of costs in all circumstances before a withdrawal from the client account, even when the costs only comprise paid disbursements. Under the current rules a withdrawal of money for paid disbursements is permitted without needing to raise a bill.

In general, the reformed rules present a modernised, more accessible and a less prescriptive set of guidance. There are some important additions and amendments though, which may leave firms of solicitors uncertain in particular situations. This is a good opportunity to review your procedures and make sure you understand how the new rules are likely to affect you, before they come into play.