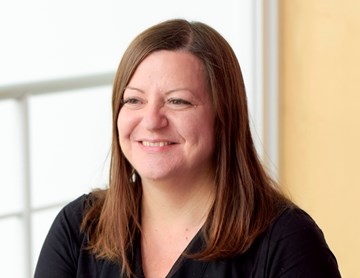 Have you ever heard the saying, “Put not your trust in money but put your money in trust”? Actually, this advice is urging nineteenth century heiresses to protect their wealth, which would otherwise pass to their husbands, when they married.  Surprisingly, some of these archaic trusts still exist, and some of them should, by now, have been logged with the Trust Registration Service, which was set up in 2017 as a result of the fourth Anti Money Laundering Directive. This ‘new’ trust register, was not compatible with the previous HMRC records, so, even though most trusts with annual tax liabilities already had HMRC files, those trusts were all obliged to re-register. All formally created trusts need to register unless they fall into certain exempt categories – the exemption usually being that it has no liability for any tax.

However, it seems that many trustees haven’t registered.  Registration for existing trusts should have been made by January or March 2018, but by February 2019 only 85,000 trusts had registered – far fewer than the 141,000 which filed self-assessment tax returns in previous years.

The key dates for registration are 5 October following the tax year when a capital gains tax or income tax liability first arises, and 31 January following the tax year in other cases. A trust that fails to register will be in line for a penalty starting at £100 and rising to £300 or more after six months. So, judging from HMRC’s February trust statistics report, at least 56,000 trusts will already be in a penalty position, not to mention others which may have been caught by the new registration rules, but which hadn’t previously been submitting annual tax returns. Of course, most professionally administered trusts will be compliant. Understandably though, some lay trustees may think they are covered because they regularly file their self-assessment returns and simply don’t realise that they need to register.

And the news gets worse! The fifth Anti Money Laundering Directive was passed by the EU in July 2018 and is set to pass into UK law in March 2020. This means ALL expressly created UK trusts (and some non-resident trusts) will need to register, including those which generate no income or gains or where the income is paid to and declared by a beneficiary. It’s estimated that this might raise the number of trusts which SHOULD be registered from about 200,000 (of which less than half are complying) to around 2 million.

It’s not uncommon for farming businesses to set up trusts. To take a completely fictitious example, we might see two brothers farming in partnership with:

At present, and quite correctly, only one trust is registered. By 2020 the number will rise to eleven. There’s a strong possibility that some of these will be overlooked unless someone grasps the registration nettle, and even then, there’ll be problems in tracking down executors and trustees who may not have been seen for years or indeed, who may no longer be alive.

Whilst March 2020 seems some distance away, it’s not too soon to start putting steps in hand to make sure everything is compliant and to avoid penalties. HMRC have said that the deadline for existing trusts requiring registration under the fifth Directive will be extended to 31 March 2021 (new ones will be working to a 30-day deadline), but time flies and this should definitely be added to the list of “jobs for a rainy day”.

For more information on how we can help, please speak to your usual MHA Larking Gowen contact.