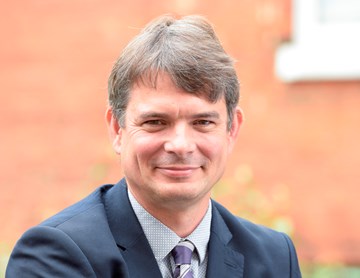 Why is reputation important for a charity?

Why is reputation important for a charity?

By now, everyone will have seen the reports about Oxfam, and the resulting damage to its reputation. Donations to Oxfam have certainly been hit but it appears that donations to charities in general may fall as the public’s mistrust of charities increases.

Oxfam is not just being criticised for what happened in Haiti but also for how it has managed the news since it became public. The main criticism from the Charity Commission was that, although Oxfam reported the incident, it didn’t provide enough detail of the full circumstances.

Given the damage to Oxfam and now also Save the Children’s reputations, we have come up with some relatively straight forward things that charities can do to help maintain a good reputation.

Reports of serious incidents should be made as soon as possible after the incident comes to light.  The guidance mentioned above provides details of what and how to report.  Make sure that enough detail is included and that the actions taken are specified.

The Charity Commission guidance states that ‘the potential for reputation damage can be lessened, however, if you can show that the incident has been handled well; this will also allow the Commission, if asked by the media, Parliament of the public, to state that the trustees acted responsibly.’  This would be fundamental to reducing reputational damage and it can be argued that this is where Oxfam went wrong.

The Charity Commission issued guidance called ‘Charity Governance, finance and resilience: 15 questions trustees should ask.’  This is designed to be a starting point to ensure that the Board is able to comply with its duties to act in the best interest of the charity, safeguard charity assets and act with reasonable skill and care. Questions cover strategy, financial position and information, the effect of the economic and social climate on donors, governance and safeguards and use of resources.

It is worth working through these questions and seeing how your charity fares. This could lead to some interesting discussions at all levels.

In addition to this, the Charity Governance Code document looks at purpose, leadership, integrity and openness and accountability. This code has been produced in addition to the Charity Commission guidance and is more ‘aspirational’ in its approach.

Use of third party fundraising agencies and commercial participators is increasing; from dedicated teams who call potential donors, to websites such as JustGiving. As a charity, trustees are responsible for the practices used by these agencies and they need to be aware whether they comply with the Fundraising Regulator’s code.

Most importantly, trustees need to know what their data protection policy is – with the implementation of the new General Data Protection Regulation (GDPR) the onus will be on the charity to ensure compliance.

Larger charities must register with the Fundraising Regulator and voluntary registration may send good signals to your potential donors.   Registration with the Regulator could be seen as a commitment to best practice.

Keep up to date

Many donors will rely on website information and public records to gather information about a charity, so making sure that the Charity Commission and Companies House documentation is up to date is important. Non-compliance with these deadlines may put off potential donors (private and institutional) as lateness could be seen to indicate financial problems or poor governance.

Charity websites are also a good window to the charity’s activities and can offer the chance to engage with and inform supporters.

This list is not exhaustive and this is certainly an area that all charities should discuss at Board, executive and staff levels.