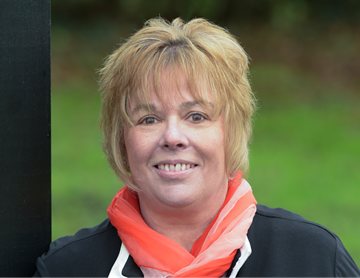 Larking Gowen Partner, Julie Grimmer, heads the not-for-profit and education practice, joining the firm as a trainee in 1984. She was promoted to manager, then senior manager and had two periods of maternity leave, becoming the firm’s second female partner in 2006.

“The changes that have taken place, during my career so far, are huge,” says Julie. “When I joined the firm, nearly everyone worked full time. Amongst the 30 odd trainees starting in 1984, I was one of only two women. Now our annual student intake is about 50–50. We employ more women than men and increasingly both men and women work flexibly, including part-time.”

In the 80s, we were told we could have it all – a successful career as well as a family, but there was still a belief in lots of places that to be successful you had to work full time. You felt you had to show that you were as tough and reliable as your male colleagues: who mostly had wives who didn’t work! Looking back, it seems mad!”

Julie has noticed a shift in attitudes more recently. “Those coming out of education now have been through an environment where ingrained historic stereotypes have been unacceptable for a while. It’s just as likely to be the guys that call out stereotypical comments as unacceptable. My two sons are both at university and I see this from them as well.”

Julie concludes, “Back when I was first offered partnership, to be a partner you had to be working full time.  I’d just changed to be part time, so I said ‘no’, but the door was left open. If you’re offered something but it isn’t the right time in your family life, don't feel you have to say ‘no’, think of it as ‘not now’. That’s far less self-limiting than the binary choice we sometime think we have to make.”