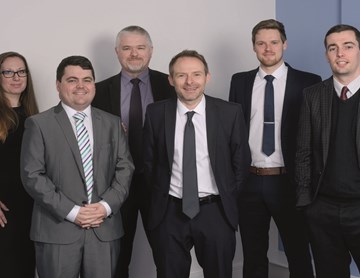 “We’re delighted to feature prominently again in the Experian Market IQ league tables for the volume of deals completed. Despite the reduction in deal volumes nationally and locally, it is very pleasing that we are bucking the trend with lots of successful deal completions taking place in the first half of this year”.

Jack Minns, Manager of MHA Larking Gowen’s Corporate Finance added, “We have concluded some exciting deals over the first half of 2019 with some fantastic deals in the pipeline. Despite uncertainty around exchange rates and Brexit there is still strong appetite for successful SME businesses and we are seeing increased appetite from overseas acquirers.”

The East of England value of transactions recorded in the UK were up 27.36%, largely due to three mega deals in the region but volumes fell 9% with only 260 deals announced in the East of England (The lowest for the corresponding time period since 2014). There were 3,502 reported deals in the UK, which is approximately 6% down on the 3,742 deals recorded during the first half of 2018. However, this fall is generally seen as a robust return given the uncertain economic and political climate.

You can read the full report here