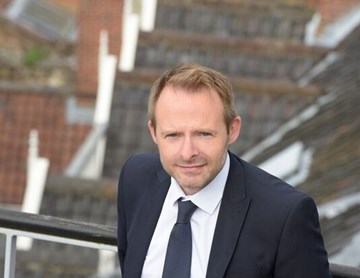 Published on 19 July, the Experian Mergers & Acquisitions (M&A) report for the first 6 months of 2018 ranked MHA Larking Gowen’s Corporate Transactions team joint first in the region, with the firm advising on ten deals for the East of England and a further 2 deals nationally.

“We are absolutely delighted to feature prominently again in the Experian Market IQ league tables for the volume of deals completed. These latest results demonstrate the high level of experience and expertise within our growing Corporate Finance team. It is very pleasing to be able to advise our clients, both buyers and sellers, on so many transactions. We are finding the market place very active and have had good success leveraging our national and international networks to broker deals for our clients"

Jack Minns, Manager of MHA Larking Gowen’s Corporate Finance added, “We have concluded some exciting deals over the first half of the year generating great returns for our clients. There are many more deals in the pipeline for the rest of the year and beyond.”

The East of England contributed 7.6% of the total number of transactions recorded in the UK. There were 3,279 reported deals in the UK, which is approximately 14% down on the 3,807 deals recorded during the first half of 2017. However, this fall is generally seen as a robust return given the uncertain economic and political climate, and there was an encouraging increase in deal activity in the second quarter of 2018 after a relatively subdued first quarter.

Although there was a 25% reduction in the number of large deals, the number of deals in the SME segment, which MHA Larking Gowen focus their attention, was up from 448 to 514, an increase of 15%.

You can read the full report here