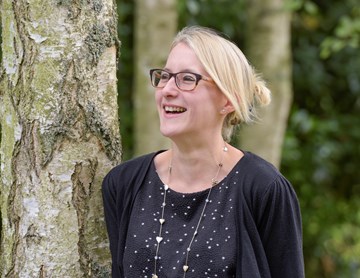 If farmers collaborate, such as sharing land, or reduce their activity as they grow older, is their farmhouse eligible for Agricultural Property Relief (APR)? A recent farmhouse case may provide the answer.

The case of Charnley and Hodgkinson v HMRC came before the Lower-tier Tribunal on 15 July 2019. It concerned the estate of Thomas Gill, a Lancashire farmer who died aged 79 in 2013. The executors claimed Agricultural Property Relief (APR) on a small farmhouse, associated buildings, 21 acres of grassland and a small vegetable plot. APR was allowed on the 21 acres as well as on a further 87 acres, which was not disputed.

The facts were that Mr Gill had, in the past, been an active livestock farmer but following the death of his father in 2003, he arranged for a neighbour, Mr Blacklidge, to graze animals on the land. Mr Gill continued to manage the land on an active basis and looked after the cattle day to day, identifying sickness, moving the cattle as required and even advising Mr Blacklidge when vaccinations were due.

In denying Agricultural Property Relief, HMRC argued that the land was subject to licensing agreements, the cattle were not owned by the deceased, the activities on the land were merely maintenance and any supervision of the cattle was effectively voluntary on his part.

The executors showed that the deceased was actively looking after the livestock, sometimes visiting them two or three times daily. In the words of Mr Blacklidge, the deceased was “Farming his land using my stock.” Moreover, Mr Gill drew the Basic Payment, grew vegetables, which he bartered at the local shop, and he owned and used a wide range of agriculture machinery including seven tractors (plus others for spares) two JCB diggers and a baler.

The Commissioners found that activity on the land went far beyond that of simply managing land, and the deceased was still farming up to the date of death. They felt that “He had always been a farmer and although the manner in which he farmed was modified with time and age, he did not cease to be a farmer.” HMRC’s decision to deny Agricultural Property Relief was therefore reversed.

It remains to be seen whether HMRC will take the case to the Upper Tier, but if it stands, this case could be an important one. We know there’ll be major changes in the agriculture industry over the next few years, which may result in all sorts of cooperative arrangements, and it will be vital to know how these might be treated for capital tax purposes.

For more information on how we can help, please speak to your usual Larking Gowen contact.