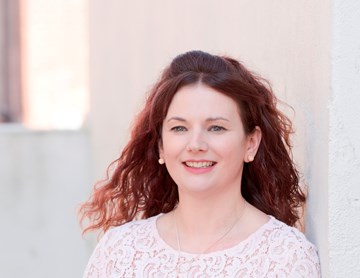 Most people living in the UK will, by now, have realised that we’ve left the EU, but the bonfire of regulations, which some had been expecting, hasn’t yet provided much in the way of either heat or illumination.

Indeed, in some respects, EU inspired legislation has continued to flourish. The fifth Anti Money Laundering Directive (AMLD) passed into UK law on 20 January 2020. Aside from some technical practicalities concerning electronic ID verification and significant control of Companies and Limited Liability Partnerships, and a widening of the definition of Tax Advisors, the main thrust of the legislation is to add many more trusts to those which are required to join the Trust Registration Service (TRS).

TRS was established in 2017, largely replacing the previous HMRC record system which, broadly, only included those trusts which would have a liability to Income Tax, Capital Gains Tax or Inheritance Tax. All those trusts were obliged to re-register on the TRS by 2018 (although there’s evidence to suggest that many failed to do so). However, the new directive extended the registration process to ALL expressly created UK trusts (and some foreign ones) including many which had no tax liabilities and hadn’t, up to then, been required to register. In the absence of reliable records, no one knows exactly how many such trusts exist in the UK, but the figure of two million has been suggested (more than ten times the number previously registered under self-assessment).

A consultation on the proposed new AMLD rules was open between January 2019 and January 2020, followed by a further short technical consultation on the TRS expansion which closed on 21 February 2020. The findings were published in July and, whilst many trusts have now been excluded (see below), there still remain a vast number of entities which have previously had no tax liabilities, but which will now be required to register. Common examples will include bare trusts; Will Trusts where the only asset is a property occupied by a beneficiary; trusts where the income is mandated to a life tenant who declares the income; and some trusts where the only asset is a contingent right under an insurance policy or pension. Many UK farms will be, sometimes unwittingly, involved in such arrangements.

There’s been some change in the registration deadlines, and existing trusts must now register by 10 March 2022, whilst those established after 9 February 2022 will need to register within 30 days. A 30-day deadline also applies for the notification of any changes in the details of beneficial owners and there are additional deadlines where tax becomes due.

The main categories of trust which are now excluded from TRS registration are:

As usual, compliance with the new rules will be enforced by a penalty regime with failure to register or update, giving rise to penalties starting at £100 and rising for protracted non-compliance.

Commenting on the new announcements, MHA Larking Gowen agricultural specialist, Kelly Wright said, “Trusts have long been regarded as a means of providing flexibility and protection for families, landowners and businesses. Farms typically go back generations and there can’t be many which don’t have a trust somewhere in the background. In many cases there’s been no requirement for these to register and over the years some have simply been forgotten. There’s now a clear time frame to look out the old records and establish whether action needs to be taken over the next eighteen months.”

If you’d like any further information, please speak with a member of our agriculture team. You can find contact details on the Our People section of the MHA Larking Gowen website. Alternatively, call 0330 024 0888 or email enquiry@larking-gowen.co.uk